How do we create a revolution of vulnerability within our species?

These statements stand out along with many others in LEIMAY's publication borders, created to accompany their performances of the same name. Intimate interviews, stunning images, diverse philosophies and compelling narratives make this read a voyage that illuminates their important method and philosophies of artmaking.

Borders reminds me of this feeling of distance I always have. Distance between ourselves and the horizon-it always remains. . We make choices, we try to establish meaning, we have imaginations, but these movements of freedom are always constrained by our situation. Lucy

Reading borders resonated on multiple levels for me- looking at art, spirituality, corporeal dilemmas and existential questions. When I lived in London I was in a powerful meditation group - meeting in a top floor loft space (near the station appropriately called Angel) open to the sky. We were taught that meditation is a listening as well as a letting go - a kind of 'listening to the mind of god' - expanding as well as contracting in ourselves. This method of what might be called 'co-creation' is for me one way to address the gap that 'separates us from nature' Lucy Kerr refers to in borders.

. . maybe we are not as free as we think we are. Ximena

To explore the kind of creation that can emerge once the way of responding based on habits formed by social norms and customs is dissolved. Shige

The LEIMAY training process Ludus involves expanding 'multiple realms of perception'. In a recent interview Deborah Hay spoke of the struggle to get dancers to really notice each other and how they are seeing their environment. Training in Ludus performers 'perceive the world from other states of being: as if they are outside of themselves, as if they are a window through which space travels, or . . a memory of themselves. When everyday approaches to the world are stripped away and the imagining body stretched to its edge.' (Ah yes, who is this two legged being I glimpse a reflection of in the window!) They define Ma, the Japanese spatial concept, that in-between, the interval, pause or gap 'that has life.' And to inhabit that for ourselves or for the audience these hidden 'architecture of strings that reveal.' Nature becomes teacher and collaborator as they unpack the pacing and tension of contrasting elements such as a tree falling or mist emerging. 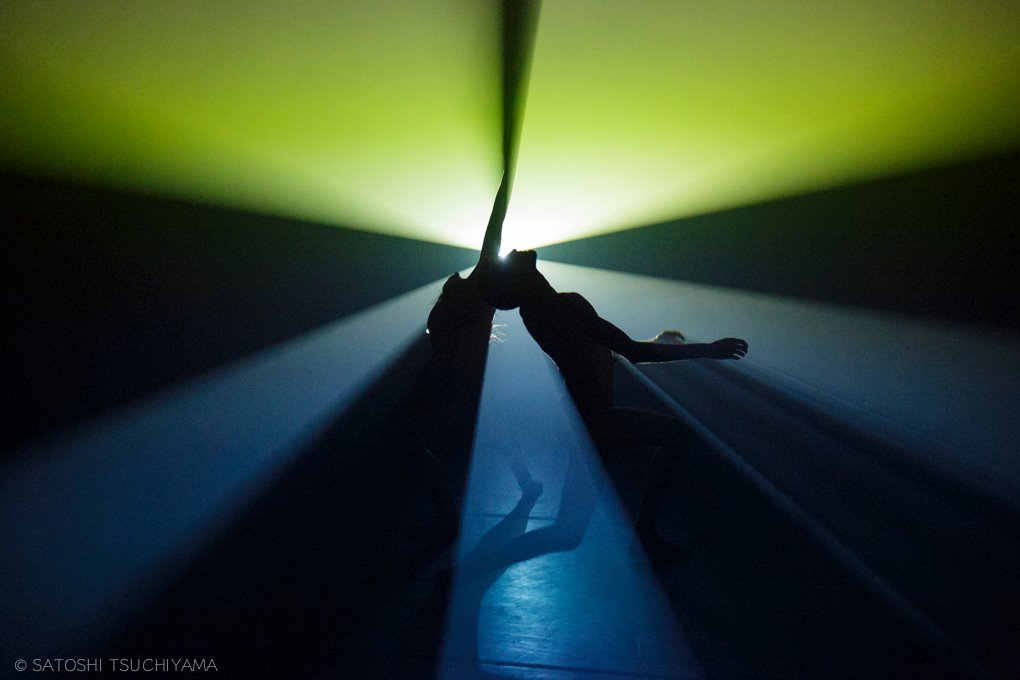 Throughout history- painters, sculptors, playwrights and performers have worked to illuminate the world around and within us - whether in honor, exploration, horror, or mysterious inquiry. And this continues into the future between artists and society working through Joseph Beuys' vision of 'everyone an artist.' Beuys' ideas of social sculpture invite an aesthetic lens to view entire systems of collaboration, even business (the Warhol quote comes to mind 'being good in business is the most fascinating kind of art') as artmaking. The body is a system as is the natural eco-system it lives in. And with Beuys - teaching, learning and even making money become aesthetics of transactions, relations, collaborators and co-creations. I think of the very human quality of uniting arousal that occurs around stated visions or shared dreams and ambitions.

("Art must be an expression of love or it is nothing.” Chagall)

LEIMAY is a play on the Japanese word for dawn, which differs from common Western usage in that it has a particular focus on moments: the moment the sun emerges, extending to include the moment of change from one era to another.

In my mid-20s for more than a year I researched, wrote, and produced a solo performance art piece Return of the Galli. I built the piece around the history and legacy of historic gender variant ancient Galli devotees of Cybele - an ecstatic cult riding the tensions of ancient pagan Anatolia and the expanding eastward Christian Roman Empire. In my story an individual Gallus reaches across the millennia and takes this bleached blonde clubkid on a trance and techno journey - from radical faerie to ancient and modern whirling dervish. But with all the spectacle I generated about these past and post cultural references the Gallus quietly instructed to listen and to learn from those 'gaps and silences' whether inside history's changing eras or personal human transformation. I explored polarities of gender, religion, ecstasy and meditation and a grafted memory in an imagined Turkish cave of a ball dance I had recently learned from Fakir Musafar (that figure of the 90s who launched the modern primitive movement of the time) - threading small balls into my trembling skin.

Reading borders brought me back to my own performance art history. Before I left Brooklyn recently to live in Berlin, Ximena mentioned to me she was aiming to study sculpture. I thought of Bauhaus (their museum not far from from where I live next to the former wall - another border!) and the Bauhaus objective of the 'total artwork' - Gesamtkunstwerk. Founder Walter Gropius believed that artists and architects should work with many materials and mediums, including industrial equipment, clothing design, theatre and music. Applying this to LEIMAY after reading borders that includes the dimensions and polarities of social psychology and religious philosophy as well. The total artwork can explore the total Community, the total Self and the diverse movements of the Living Universe itself.

To create my work is to look for my place. When I see beginnings and endings in my work, I feel I exist. Art is the power of revolution, a way of direct communication without the distance and lightness of knowledge, placing the opposing processes of fermentation and of settling together. Shige

I hope that many others will get to read LEIMAY's book or be exposed to LEIMAY's borders performances. And many, like me, will ride this river pouring into and forming new valleys; new ways of seeing art, performance, movement - the dance of our humanity - in exhilaration, mystery and love.