In A Guide to Kinship and and Maybe Magic, boundaries between blood sisters are explored in silent film.  A group of women, Sarah, Isabel, and Ligia Lewis – three of the four siblings Lewis – occupy a multi level home with an outdoor patio.  The unfolding drama is brought forth from silence into speech through a narrator charged with describing the unfolding scenes to viewers.  The narrator, playwright Branden Jacobs-Jenkins, is referred to as a fifth Lewis – The Impostor Lewis – who is not a relative of the family but has been imbued with a significant degree of knowledge of the habits, character, and actions of the Lewis family.  The narrator, an informed observer acting as an ersatz Lewis, is both the voice and body that shapes the performance piece for a group of uninformed observers.

Engaging spectators through a work that is laced with wry humor, the narrator serves as a crucial point of reference, issuing facts that carry the narrative forward.  By occupying the construct of informed observer, the narrator not only guides the audience through the actions of the three women, but also takes on a degree of their characteristics.  Their daily movements, such as making coffee or drinking tea, or walking into or out of a room, are brought to a place of heightened perception through the filming process.  Sound, brought in through digitized equipment, allows the narrator to provide a placeholder for George Lewis, who is absent in the film. As an informed observer, the ersatz Lewis’ body is placed between the audience and the film screen.  This creates an actual boundary line between viewer and viewed that is defined both by furnishings and the actions of the narrator.  The narrator, through monologue, serves as a filter for any and all actions perceived through watching the sisters in film.  Spectators are receptors of this consistent commentary, and are in direct relationship with the narrator rather than the Lewis sisters.  Through this layering of perceptions, the family guards its insularity, with all others, including the narrator, acting as observers of their activities.

The monologue created by the fifth Lewis rends the audience dependent on the truths as received by the narrator.  While created in dialogue with the sisters Lewis, the narrative generated requires that spectators receive these familial facts through a third party.  As a stylized and sensual piece of film, the interactions of the Lewis sisters themselves take on a fictionalized nature.  Through the monologue, we learn that the narrator is a friend of the Lewis family, but is this fact or dramatized speech? 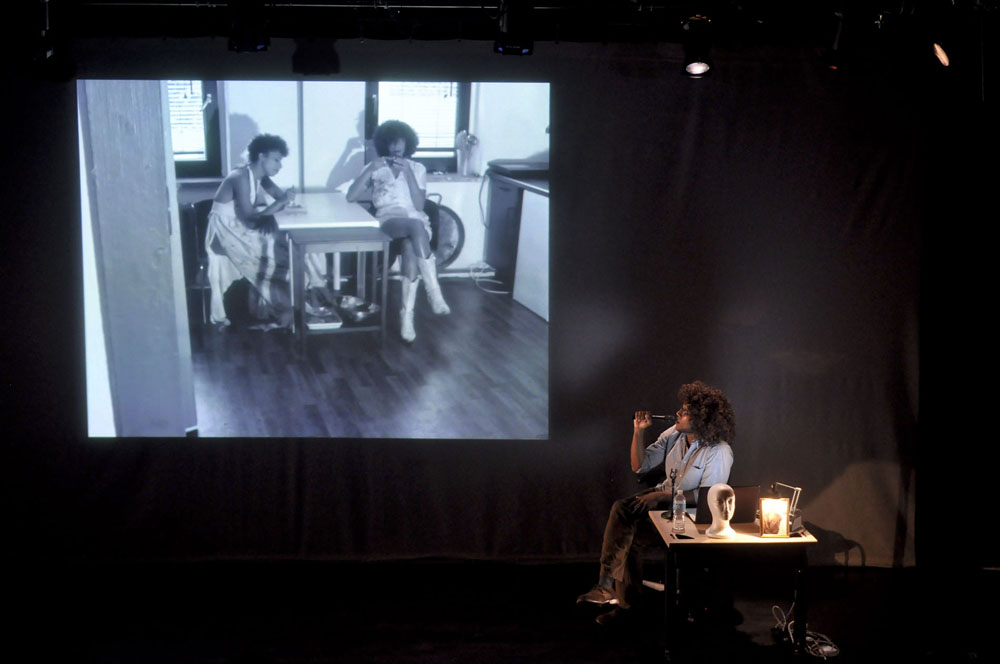 Slow, deliberate movements through built space are at times lyrical, at others abrupt.  Repetitive actions, where motion flows, occurs through land and water to choreograph the binding interactions of family, where things may take on a different appearance to outsiders.  The intimate nature of the sisters’ relationship releases them from the necessity of words.  In imbuing a narrator with the skills to interpret the actions of the family to others, and by further placing select actions into film, they have chosen to guard the majority of their family secrets.