PROCESS // Monologues from PERSEPHONE, an exploration of a myth 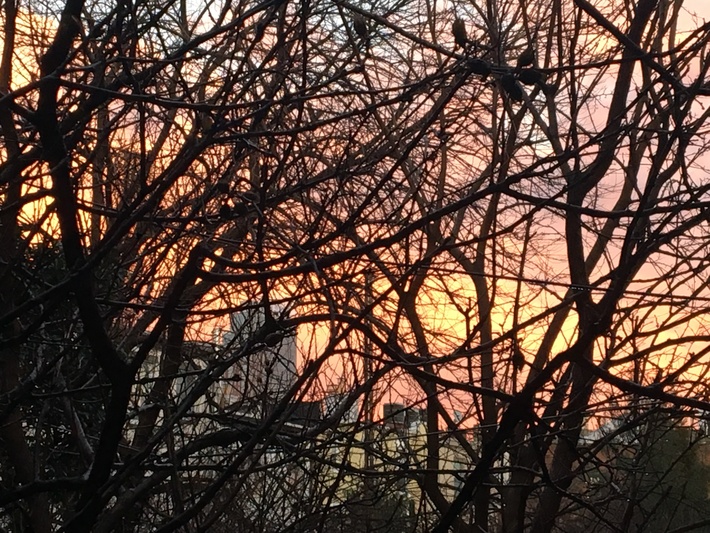 I've just about had it. We both know what I want, what I deserve, and that sister of ours is not gonna get in my way, not if you’re with me on this. I've had it with the darkness, the wailing, the never-ending crush of new arrivals. And no one to warm my bed when I lie down, nothing sweet to look forward to, just that scraggly old dog to keep me company.

Sometimes one of these poor souls shows up, I can see she was really something. Long legs, big eyes, great body. And still dying to live! I say that without irony. Look, it’s hard for me...I want to give her another chance, but that’s not the way it works, people can’t go back. She pleads with me, she clings to me, tears falling down her pretty face. What am I supposed to do? Sometimes she tries something, you know? To persuade me. It’s not unusual. And I can be tempted, a little, especially if I think of what she must have been like before...but honestly, it’s not for me. Too bad. I probably got the wrong job here, but I’m just not attracted, you know? There’s a kind of pallor that they get, a certain look, there’s something that’s just too sad, too, well, dead. That’s not what I want.

You know what I’m looking for. A real woman. A real, living, breathing, warm woman, a woman with a heartbeat. And I’d like her to be someone with a cheerful disposition--there’s enough gloom and doom around me all the time. I want someone with a sense of humour. And young, and nice to look at. It’s not like you don’t have your share. You were always the lucky one that way. A wife, kids, plenty of pretty girls to help you pass the time when Hera starts chewing you out. Basically anyone you want. And don’t give me crap about it. You take what you want, why shouldn’t I?

I like that kid, Demeter’s kid. She’s sunny, happy. She’ll brighten things up down there. You know, whenever I get a chance, I watch her. She’s the one who thinks up the games, she’s a natural leader, everyone likes her, listens to her. And she’s pretty. Gives me an ache to look at her. It’s not easy for me, I’m not like you---when I get around the girls I get---I get tongue tied, don’t know what to say. I know I’m not attractive, got the smell of death about me, they can sense it. Plus, when do I ever get a chance to meet anyone? I’m working all the time. It never lets up down there.

Look, I’m not a bad guy. I’m patient, I’m fair. I play by the rules. I never turn a soul away. But if you don’t help me out here, I can’t promise things are going to go as smoothly. I might just stop taking them all in. I’m not saying I will, but think about it. You owe me. Without me, things would be a nice mess up here in your sunny little world. And I run things well, you can’t say I don’t. They come in, I register them, listen to their stories, sort things out, keep the records neat, I send them where they need to go. It’s all organized, runs like a dream. I keep the borders secure, they can’t get out, everything is tidy.

I’m not complaining. We all have our jobs, I get that. I’m down there knocking myself out while you’re up here fucking nymphs or cows or whatever it is that you’re doing, I don’t really care, that’s not for me anyway. I’m more of a one-woman kind of guy. And I’m tired of being alone. I deserve better. Yeah, well, it was a long time ago, so I don’t think about it much anymore. It’s just the way things are, there’s no going back. I mean, we don’t get old, but we do change. I’m not that girl anymore. I can’t live my life hating him, what good would it do? I make the best of it. I’m used to things there, and I don’t mind the power either. Running around playing games all my life, what would that have been anyway? Don’t forget, I’m queen down there. Queen Persephone. I can make decisions, do things for people. I can make a difference. I’m important there.

Yes, I know, it was wrong. If you really want me to think about it, of course I remember. Of course I do. It was terrible. But what good does that do? Am I going to change things now? I was so scared. I cried, I screamed, I begged. I couldn’t believe it was happening to me. Me. I never hurt anyone. I didn’t deserve it. No one asked me, no one ever said a word. They never thought about me, what I wanted.

One of the things I don’t like about that place is how cold it is. I’m not made for that cold. It’s worse than the dark if you ask me. But at least I get to come back up every year, and it’s so sweet to see all the flowers bloom, the grass sprout, the birds start to sing, it’s like the Earth has a big party to celebrate my return. I get to see you, my other friends, I get to see my mom...she’s changed too, you know. We’ve all changed since then, we’re a little harder, maybe a little bitter, experience gives you that, but I don’t like to hang on to it. That’s what I tell my mom. You’ve got your rhythm now, and people are used to it, the Earth is used to it, we all thrive...I’m part of something bigger, don’t you see? It’s not all about me…

Call it rape, if you want to call it rape, go ahead. I’m not saying you’re wrong, but he’s my husband now. I’m not the only one this sort of thing has happened to, you wouldn’t believe the stories I hear down there, those poor women. Like it? I didn’t like it, of course not. You can imagine what a shock it was to me, I wasn’t really thinking about all that stuff then, I was pretty young. I mean, I was kind of curious, we used to giggle about it, but I always thought it would be different, my first time...someone my age maybe, someone cute, I don’t know...someone I chose for myself, like some of us girls got to do. But I was just...not lucky, I guess. Not that way, anyway. Or, well, it was just not my fate. I know it was a deal they made, but you don’t really go against those guys if you don’t want trouble.

Sex? It’s okay now, I guess, I’m not that interested. I don’t really have anything to compare it to, and anyway, I don’t want to start anything. He has his ways, I have my ways, we get along pretty well, we’re a team. I've got influence, I get my say in how we run things. He’s not a bad guy, a little depressed maybe, a little moody, who wouldn’t be? But he’s not violent or anything if that’s what you’re getting at. He loves me, he needs me, he’s sorry for what he did---well, he’s sorry for how it happened. He tries to make up for it in little ways every once in a while. But of course he wouldn’t dream of letting me go---half a year is already hard for him. At least he knows I’ll be back. You, of all people? You’re asking me to forgive him? I’m not forgiving anyone. No. Neither one of them. What they did was unforgivable. Unspeakable. I don’t really want to talk about it, but all I have to say is this: I would have gladly watched the whole Earth starve to death if I hadn’t gotten you back. As it is, I think I’m too forgiving about it. You’re my daughter, my favorite daughter, my shining girl. And they hurt you. You say you’re used to it, but I know you, you’re a very strong character. Just being used to it doesn’t make it right.

I’m not blaming you. No. No, I’m not! You didn’t know. It wasn’t your fault. I blame myself, really, for not warning you about the world. About your own family. About not being able to trust anyone, especially men. I blame myself for letting you go off with those brainless girlfriends of yours. They should never have let you wander off like that. I should have known better than to let you go out that day. You may not know this, but they came to me, my brothers, with that ridiculous idea, not long before that. Demeter, sister, it’s only fair, they said, Hades needs a wife. Absolutely not! I told them. It was all I could do not to spit in their smug faces. Absolutely not, hands off that child! Get it out of your dirty heads. And get out, both of you, leave me alone before I say something I’ll regret, I told them. I should have been more forceful then. I should have brought the famine down before they ever had a chance to deceive me. All they know is force, anyway. That’s how they live, grabbing, taking, stuffing themselves. Who’s strong enough to stop them? Leering at you the way they did.

Zeus thinks things have settled down. But it’s not over. I want him to think that, for the time being. That’s just fine. I hate them all, all my brothers. Hades, for what he did to you. Poseidon, for what he did to me---you shouldn’t ever have to know about that. But I hate Zeus most of all, because he has done all that, and worse, much, much worse. And they all get away with it. Forgive them? I used to love the Earth, love making it leap up under my hands. I loved watching the figs swell and the black eggplants get all taut and shiny. I loved the smell of the tomato vines in the hot sun, the heavy, fat grapes, the whispery sound of the wheat fields. I felt glad when the people ate, when they thanked me, when they celebrated the sweetness that came from the ground. But none of that, none of that, means anything to me anymore. Let them rot, for all I care. All the figs, all the fruit, all the people too. Let them head down in droves, down to the Underworld, until there’s no more room down there and they’re stuck on the rotting Earth, homeless, displaced, until the Earth is so filled with wandering Shades that they blot out the sun. Let’s see what my fine brothers have to say then.