Time in the (LEIMAY) Studio with 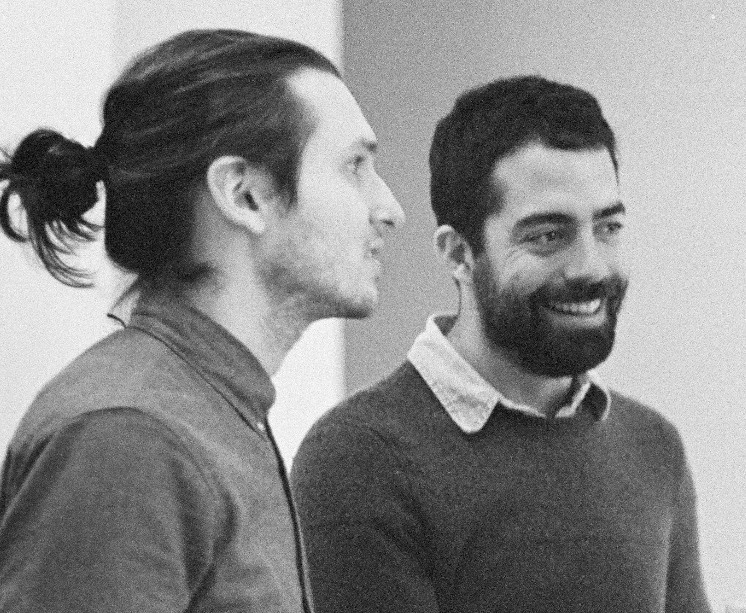 TIM- Well, this is probably the most focused we've been out of all the years so far. We're working on three different projects simultaneously. The first of which is called The Third Man and we're presenting it at the Exponential Festival in January most likely at Vital Joint.

NICO- It's a homoerotic film noir for two audience members. There are only two performers and one projectionist. I remain constant as a performer and the other performer will change each night. Each of the other cast members, three in total, all have very different physicalities and backgrounds. So the idea is to have the character embodied by different people and kind of let the show go in three different directions. Tim will be our projectionist, running projections live. 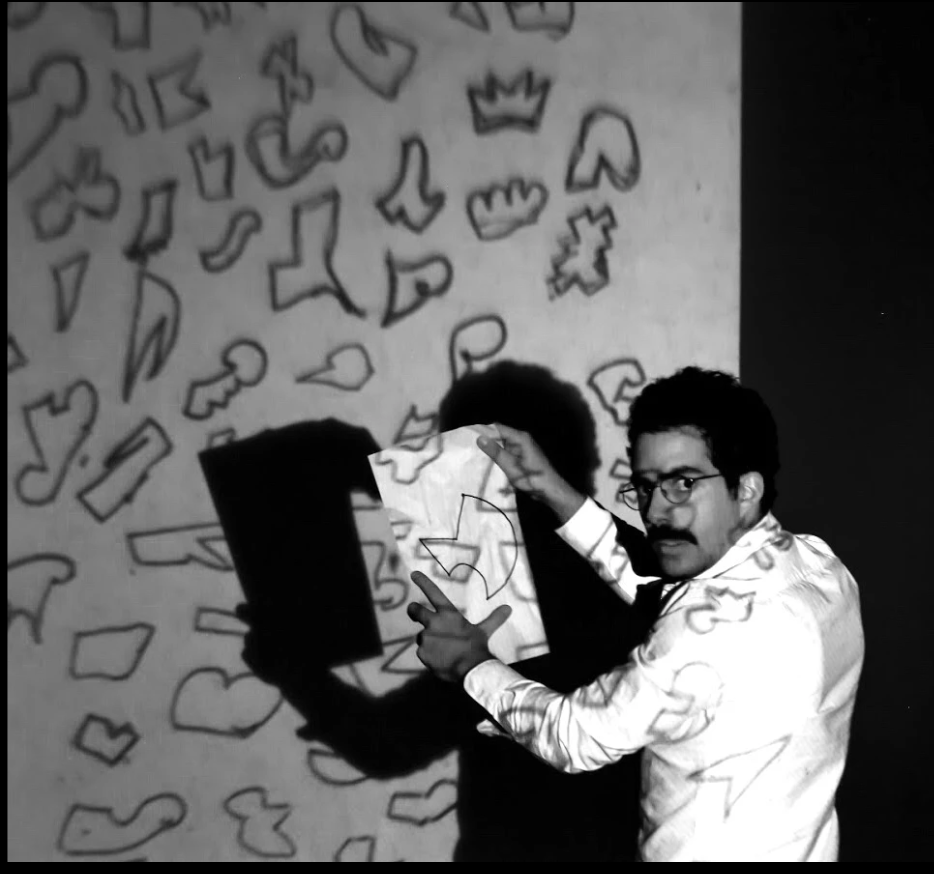 T- The next thing we're working on is a piece called 1001 Sur and there is a possibility in the works that we might be performing it in June.

N- It's a take on the Arabian Nights set in roadside bordello on the frontier between two South American countries. It explores wishes, desires, and imagination, especially a transcultural imagination. It's an inquiry into the exotic. What is the exotic? What are the politics of transcultural imagination? And celebrating that. There will be a group of New York performers and South American performers. It's a large cast of 13 to 14 performers and we're developing the characters together through improvisation. The original idea was to have everyone know every part and at the beginning of the show choose characters out of a hat and go at it.

T- I think it's nice because then everyone's imagination is so activated throughout the whole process and the performance process as well. Hopefully, that will develop a culture that can imagine together and see how that starts to play as a larger framework for what we're talking about.

N- Project three is The Observatory and that one is in it's very, very early stages. The idea of the show is that it is seen from above. The audience is standing on a circular platform and watches the performance looking down over a railing, more or less. The theme of this show is our relationship to outer space, our relationship to the beyond, the reaches of our knowledge and how that is articulated and re-articulated throughout history is often reflective of the state of humanity. There are an endless amount of scientific texts...

T- And every culture has their own philosophy or something to say. Usually, the way we work is, in part, research and writing and in part the staging of it. Right now we are just improvising with the circle idea and the audience's perspective. N- The title is a complete mystery to me that I'm still kind of waiting to understand someday. It feels very right, and it's felt very right from the beginning but everytime someone asks I just have no clue. The second show we worked on as The Million Underscores, (8) Memories of this Atlantis or No Place, the writing process consisted of me drafting text with a bunch of underscores kind of like Mad Libs and then giving the text to Tim and our collaborator Erin. They would fill in the blanks, erase parts, and give it back to me - that's how we developed the script.

T- I always thought it came from Sappho because the texts that we have or have recovered are so destroyed. T- We've been working together for 4 or 5 years. I think what helped us the most is we realized that the way that we work together could change with every project. We've gotten more comfortable saying what we want to do and what we don't want to do. Instead of feeling like we had to contribute the same amount to each project-- It's not half and half -- which is what I had always assumed a partnership had to be.

N- It's also an acknowledgment that people change and times change. Different projects require different means of different means of production. For every project, we divide things up but we also work together physically in the space a lot. We have an understanding of each other nonverbally. We admire each other and know we have very different ways of thinking.

T- Learning to appreciate the other's sensibilities even if it doesn't agree with you.

T- They're still all sort of here, just satellite. We were always the organizational force behind it. We see the space (our Fellowship) as the space for The Million Underscores, rather than a training space or a collaborative space for us. But, we clearly missed the girls because we are always inviting them back.

N- Oh, absolutely. They're very, very, very dear to our hearts and to our development as artists. Their energy, what they have to say, what they bring into the room is huge. They each created such a different and beautiful environment for us to work in.

T- In terms of energy, it does ground us. It allows for some creativity to pull through and develop.

N- Three creates a field or a plane instead of just a line between two points. Sometimes with two, it can get combative when ideas are shared. Three creates more space... it feels more expansive.

N- Well the first thing we do is clean the floor. We use the dust mop and it's a very nice ritual.

T- Then we lay down and begin rolling around or crawling. Talking about what we want to do that day more than there's a plan. Having space has allowed us to be able to work. Before this, we would just talk about ideas.

N- You know, it's like being a writer with no pens or being a painter with no paints. It's just not viable. I was reading A Moveable Feast and Hemingway was talking about his little studio and how he would go and write every day and I was like "Oh my God, it's so necessary." You can't just develop work without having space to go and work. It's so important and it took me a long time to figure out. But now that we know we really cherish our time.

T- It's also been such an amazing thing getting to know LEIMAY. We have a mutual understanding. Now, when we work together or share feedback we can be productive and open. It's a real community. T- I was here for Alex Franz Zehetbauer's residency, which would have been 2012 or 2013, in the Black Studio. I was at CAVE for half the year helping him rehearse and write a new piece. I've really been coming here a few days a week almost every year since I have been out of college, working professionally. I performed in Alex's work at SOAK and...

N- I saw Alex's show and met Ximena. She's Colombian and I'm Colombian so we had a lot to talk about. We were friendly and became close very quickly. At the time, I was rehearsing in a basement space part of where I was living. The basement became cluttered with random furniture and appliances. I filmed a movie there but at a certain point, there was no way to keep pushing down there so we applied for our first Fellowship.

T- This has always been a space for our community. Between us and friends who came before us who were Fellows or rehearsed in the space...it's our most cherished room in the city.

T- The feeling that drives me to create work is playfulness. The instinct to want to play with other people and thus see things reshaping -- language reshaping, relationships reshaping, spaces reshaping -- just from that impulse of wanting to explore something with someone else.

N- It's something similar to what I imagine lead a caveman to make paintings on the walls of caves. I think it's a curiosity about the space in between things. Period.

This conversation was so worth the wait! Thank you for sharing your time with me. We are so grateful to have had both of you in the LEIMAY Community for many years. To learn more about Tim, Nico, and their company The Millions Underscores visit their website HERE.