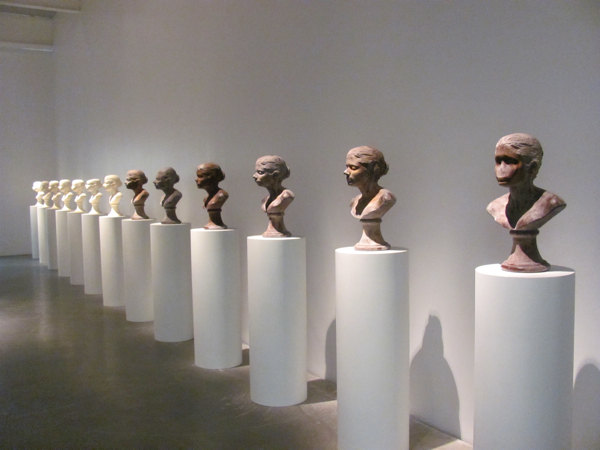 The Performativity in Everyday Life. Identity and the Presentation of the Self

I am always been attracted to works of art that are grounded on the experience of living a human life, those that embrace the struggles and questions that comes with our condition as conscious animals.

My deepest curiosity is triggered from artworks that go beyond aesthetic resonance and transports the artists and the audience to a common ground of connection.

In my experience, these works of art have often shown one thing in common: the importance that the symbolic action have had in their creation.

A symbolic action is similar to a ritual in which the act and the materials involved in it are given a particular meaning. Its intention is not proving a point, like an experiment where the outcome is propose by a thesis based on an established symbolistic structure, but to create a transformative opportunity, like an expedition where the experiential search becomes the meaning of the subject of study.

In this text we will focus on this intentional focus of the artist on the cathartic and clarifying qualities of the art-making process. In this particular section we will concentrate on artist whose artworks explore issues of identity, gender, and ethnicity. We will use the terms performative and performativity to refer to the art practices that emphasizes the moment of creation, the gesture and body relation to the process, and the traces of the event as the main purpose of the artwork.

Janine Antoni's Lick and Lather (1993) will be one of the artworks that will illustrate our study. In this piece, Antoni produced fourteen busts of herself, seven cast from chocolate and seven cast from soap. She then "re-sculpted" the busts through two action: one licking the seven representations of herself made in chocolate and, the second one, by bathing herself with the other seven soap busts.

Janine Antoni's works focus on the process of art-making. She often uses her body as an entity paying particular attention to body parts as tools to create her artwork. Lick and Lather explores questions about the way we see ourselves and what meaning do we give to our image. Antoni uses intimate actions and culturally categorized as feminine materials such as chocolate and soap to produce a piece of  highly traditional and patriarchal form. Lick and Lather represents the notion of the ideal beauty and obsessiveness that surrounds feminine cultural conventions. As Antoni licks the chocolate sculptures and washes herself with the soap ones repeatedly, she gets involved in the deterioration of her own image. This action emphasises the compulsive search and unattainability of culturally established concept of beauty and it ephemerality in the ageing process.

In opposition to Antoni's intimate process, we can find Valie's Export's Tap and Touch Cinema (1968). In this street performance, Export wore a tiny "movie theater" around her naked upper body, so that her body could not be seen but could be touched by anyone reaching through the curtained front of the "theater." She then went into the streets of Viena and invited men, women, and children to touch her. The work proposes a humorous yet confrontational comment on the objectification of women's bodies, voyeurism, and taboos.  In the process of the performance she presents herself as assertive and engages participants with a childish playfulness yet in highly sexual manner. The experience of the artists during the performance challenge feelings of vulnerability and build on values of trust while she observes her body have its instinctual response to the hands of those who dare to touch her. 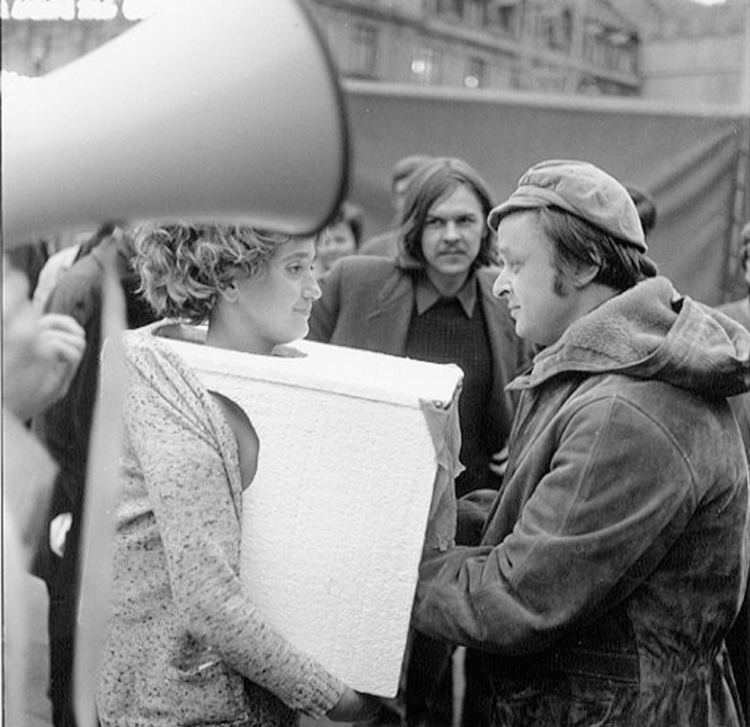 Following the tradition founded by Export, Marina Abramovic and Ulay developed their performance piece Imponderabilia (1977). In this artwork, Abramovic and Ulay flank completely naked the entrance to the Galleria Communale d'Arte Moderna in Bologna, Italy. Visitors wanting to enter the museum are forced to squeeze through their bodies. Each visitor to the museum must make two important decisions. First, they must decide whether or not to enter the museum. Second, they must decide which figure to face when passing through the entrance. The taboo nature of nudity makes these decisions seem critical, showing the audience become unusual personas and revealing the instincts ingrained in society.  The characteristic of vulnerability that normally accompanies the persona of a nude figure has been transferred completely to the clothed visitor passing between Abramovic and Ulay. During the process of the performance, Abramovic and her partner create an act that arises two different emotionally charged situation, one between Abramovic and Ulay as a couple that put into test feelings of intimacy and sexual vulnerability in a social context, and the one between the couple and the audience that challenges taboos about nudity and personal space. 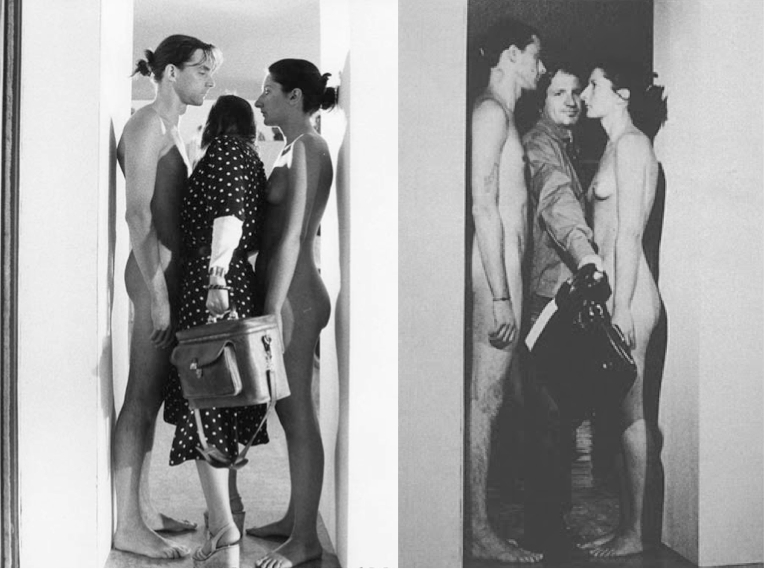 Using the idea of partnership and social relationships, Linda Montano and Tehching Hsieh performed Art/Life One Year Performance (1983-84), a piece were they bound to each other by a length of rope 24 hours a day for a whole year. In this artwork, binding becomes a metaphor for one’s connectedness to others, and the sense of being defined not just by other people but in connection to them. In the process of this performance, the artists propose a situation where their own experience as individual is challenged by their symbolic connection through the piece of rope. They forbid each other to touch each other, what also brings issues of intimacy and its connection to our physical bodies. 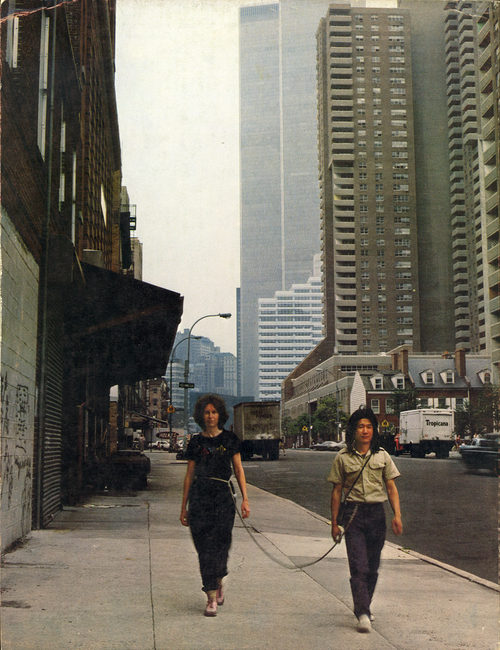 Yoko Ono also challenged ideas of vulnerability and trust in our social relationships in her piece Cut (1965). Ono executed the performance by walking on stage and casually kneeling on the floor in a draped garment. The audience members were requested to come on stage and begin cutting until she was naked. One played with the concept of power roles in society, creating a highly emotional piece where she appeared as submissive upon the audience action but yet assertive and aware about her intention. This exploration of human interactions gave the artists and the audience the possibility to experience compassion and control in the same act, bringing consciousness to their participants about the dualistic feeling that coexist within us. 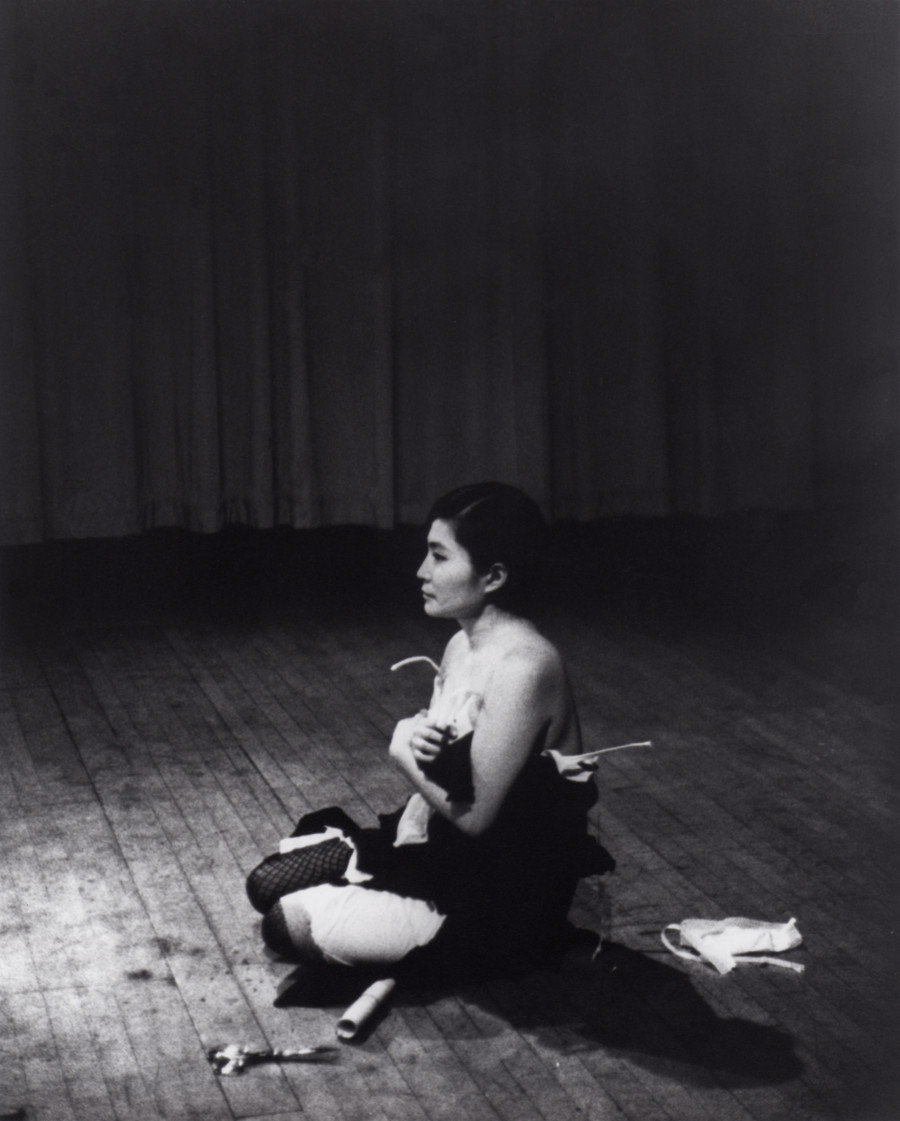 In the following text, we will explore the symbolic action in relation to physically and material object and explore the role that touch and manipulation has in the process of creating.