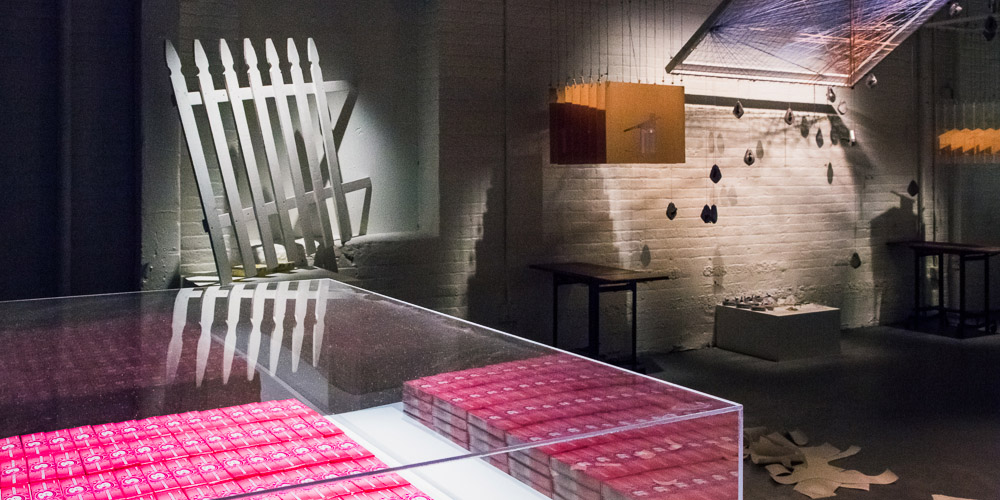 Funny this relationship between exhaustion and bliss.  Catharsis and ecstasy.  They both have their short runs, short run sentiments, short run utopias.  Yet there is always the climactic moment, in the case of Nick Vaughnan and Jake Margolin's case, we see leftovers from a very suburban climax.  Though the moment (imaginary) that precedes this installation is neither known by Nick and Jake nor is it known by myself or most of the persons reading this article, it's a very immediate, suburban, pie-in-the sky American bliss.  The installation and the performance I witnessed seem like the exhaustion following the suburban climax.

So what is it, exactly? What's going on here?

Vaughnan and Margolin present the sort of sun-dried, saccharine-sad condition of two artists in love moving to the suburbs without fully understanding what the suburbs are.  The installation, the performance are as representative of this liminal state as they are of the two's relationship to each other, showing up in their centralization as one entity.  Specifically for this performance, the two's relationship was molded and folded from a thousand tiny pieces of pink bubble gum, but more words on the performance to come later.

And yet, what is the suburban climax?  They leave it to our imagination, and as I am very young, I cannot begin to fathom it, though I have some hints.  Having moved to this country direct to the suburbs at the age of 13, I could see it in my mother's eyes as she smiled upon the lawn, the cars, and the sheer amount of space available to us after having lived in a cramped downtown Bucharest apartment for 13 years.  I can only begin to imagine that same starry-eyed wonder in Nick and Jake's (imaginary) arrival at their plot of land, house, car, and hell, even running dog included.  It's the very American sigh of relief at opening the door to a freshly bought house and reveling in the wonders that all of this space will afford.  Maybe even seeing the American Dream actualized for a brief moment.

above: the yard hose contraption, hanging on the wall when I went, photo by Ayumi Sakamoto

However, I do not feel that the installation occupied itself with this inaugural moment of a USA marriage. It was rather an exploration of the atemporal cadaver (at times beautiful, at times exhausting) of a worn out suburban life.  And furthermore the fact that Nick and Jake do not fit the stereotypical model for USA suburban life for the very fact that they are in love with each other, not with members of the opposite sex.  The installation felt like a constant wrestling to transform the USA suburban trip into something more adapted to two gay artists working together.

Exhaustion finally comes into play in the duo's performance more than any other part of the installation.  Surrounded by inter-temporal memories of their (imagined) life in the suburbs: yard hose, paintings worked on, (a nice series of remnants, first: a blank canvas with white painting clothes waiting to be used, second: an explosion of color on the canvas accompanied by color-sullied clothes, and finally third: a worn out version of the second canvas, colors fading | I would only later find that each canvas belongs to another performance, the blank one waiting to be painted) stacks of bubble gum, fences, Nick and Jake accumulated a thousand small pieces of bubble gum and began to assemble them into an amorphous blob.  They also encouraged the audience to take a gum of our own to chew on during the performance, an important factor that will come into play soon.

And they stretched, kneaded, and compressed the pale pink blob of gum, the size of about two loaves of unbaked bread.  Before I knew it, they both turned the color of the gum they were pressing, exhausted early on and throughout. They continued in symmetry, shifting, gasping for air, seemingly attempting to coalesce with the pale pink blob, attempting to coalesce with each other perhaps.  It becomes fairly obvious midway that this was full of love.  Exhausted love inside of mundane circumstances: the fence, the lawn hose, etc etc... The flavor of the gum I chose to chew on expired within a few minutes, but with no garbage can in sight and not wanting to miss a second of the duo's performance, I chewed on, searching for a bit of the saccharine, a bit of that blissful climax of sugar and saliva that lived in my mouth for just the briefest of time, though mostly just tiring out my jaw.  I realized that I was mirroring the gum molding performance, the two acting as two giant pairs of teeth trying to squeeze out the remaining bits of sugar and flavor from the gum, together, with love, but also ardor and exhaustion.   After ten minutes of the performance one forgets that the pale pink blob was even gum to begin with.  It becomes the two's labor of love, the tension and the release in their marriage, their trials of trust, all these deeply rooted sentiments compressed in this pale pink blob.  Eventually it became the shape of a cake, with Home Sweet Home pressed onto the top of it.  They screwed it into the wall only to have it fall to the ground minutes after they walked off stage. 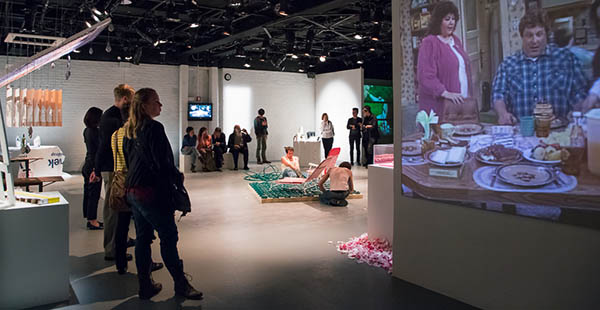 Hard not to let this performance shape the view of the entire piece. (it was only one of many performances)  On one hand, there is (surface level) the drying up of a relationship in the American Dream and (more profound) the perils, trials, and ultimate triumph of a relationship in constant molding, folding, and adaptation, on the other, there is this over-arching feeling of not being capable of fitting into the mold of the USA's new geographic frontier, especially not for Nick and Jake.

In one room of the installation, Jake's father, Malcom, muses on about the neurological perils of changing their geographical climate.  His voice is recorded and full of concern:

"Let me be serious for a moment.  What disturbs me is less the suburbs than a sense of what must be 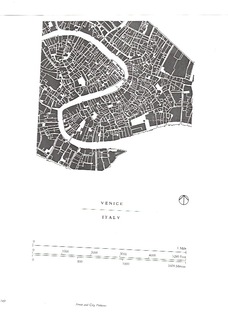 in your mind that would make you want to live there.  I suppose it offers comfort, affordability, and safety (or at least the illusion of safety).  Is that what you are seeking?  Comfort, affordability, and safety do not constitute an artistic quest or a heroic journey.  This giving into comfort and affordability and safety is the death knell of the artistic spirit.  You think you can isolate it, apply it only to the place where you live, and keep the spirit of artistic risk and emotional integrity alive.  You may even think that if you settle the housing situation it will free you to focus better on your creative life.  That's not the way it works.  Your heart and soul will absorb the values of the suburb as surely as food picks up the odors of other food in the refrigerator. 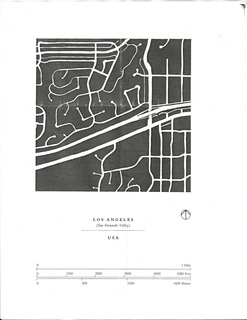 "People's neurological patterns reflect what they experience around them.   Live in a place long enough, and your nervous system will come to resemble the streets of your neighborhood.  I enclose for your consideration two street maps (from Allan B. Jacobs' book, Great Streets, MIT Press, 1993).  One map shows the street patterns of Venice Italy; the other the street patterns of a Los Angeles suburb.  Which of these do  you want your mind to resemble?"

Which of these do you want your mind to resemble?

Funny this relationship between exhaustion and bliss.  A MARRIAGE 1 (SUBURBIA) was clear-headed and driven, refusing to be bound by genre or traditional storytelling, it gave us a prolonged glimpse into the bubble-gum flavor death of an outdated USA fever dream.  What was contained within this small world I walked into is but a simulacrum of an enormous contemporary feeling of being tired, exhausted, yet still chewing feverishly at that bubble gum.  Either it gets thrown out, or the effort invested creates a wholly (holy?) new sentiment.